Home of Hope – Help for Nepal

Whenever so many people share one home, there is a fair bit of structure and everyday routine needed.

For all the children, it's an early start. At half past five am everybody needs to get up, get dressed and can drink a cup of hot milk or tea. The students from year 10 are the first ones to leave for school at six am.

At quarter past six study time starts and upcoming exams are prepared and especially English reading is practiced.

After studying it’s time for sports and recreation. Therefore, the children are divided into smaller groups to do some singing, dancing, stretching or short games of basketball or football. Those half-hour activities are supervised by the volunteers.

At eight thirty am it is breakfast time and everybody enjoys their plate of delicious 'Dal Bhat'. It is the Nepalese national dish and consists of a lentil sauce, called 'Dal' in Nepalese, rice, which is 'Bhat' and a varying vegetable curry.

After breakfast, everybody gets ready for the day, teeth are brushed, hairs combed and oiled, the lunch snack called 'Tiffin' packed and then it's time to get to the school bus.

All the children living at the Home of Hope study at the Samakushi English Boarding School, short SEB School, from the kindergarten up to class ten. The school is located at the Samakushi district, a 10-minute drive with the school bus.

Already in kindergarten it’s time for them to learn the English and the Nepalese alphabet and the numbers. Afterwards the entire curriculum, apart from Nepali, is taught in English, which is quite common in Nepal and makes it possible for the children to accomplish an apprenticeship or a study. In a country where the biggest hope for development lies in tourism, being able to communicate in English is crucial.

Like at any Nepalese school the day starts with a morning assembly in the school yard. Part of the programme are gymnastics, the national anthem and a prayer. Afterwards the classes start, including subjects such as English, Nepali, Social, Science, Maths and Computer. 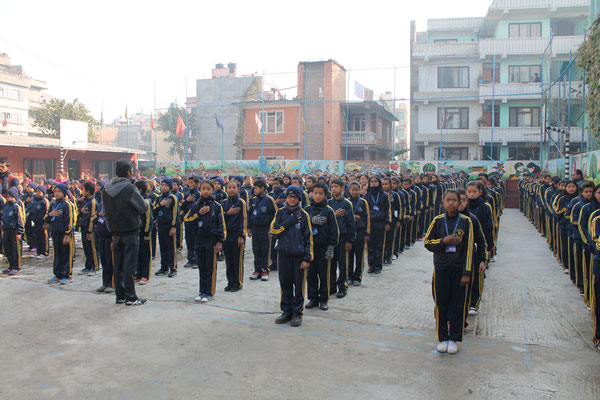 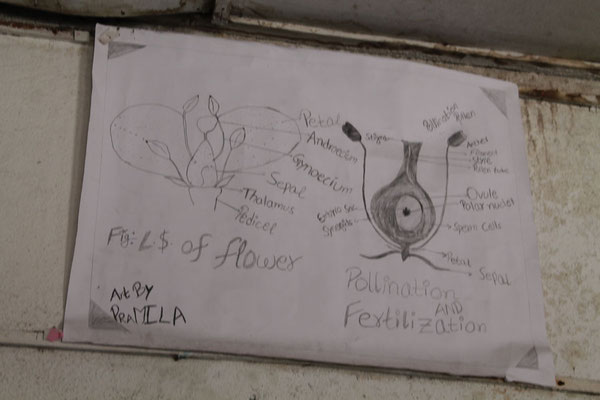 When all the kids apart from the tenth graders come home from school at four pm the first thing they do, like many students all over the world, is to change from their school uniforms into their tracksuits. Afterwards everyone eats a piece of fruit and then it’s study time again. At four thirty pm it’s time to do the homework and repeat the things learned during the day. For the children who have difficulties with their homework or the topics of the given lessons, the volunteers are ready to help. In case any of the children have trouble with Nepalese, usually the older children are happy to help.

After one hour of studying it’s again time for sports or recreation and everybody enjoys some dancing or a game of basketball or football.

At 6.30 pm it’s time for dinner  and everyone, including the tenth graders who just came home from school, enjoys their plate of Dal Bhat. Exceptions are the Mondays and Thursdays when it’s time for Rajma. Which is a curry made from kidney beans and pieces of cheese, served together with rice or roti, a flatbread.

Afterwards it’s time to go to bed for the younger children. The older ones usually still have some homework to be finished.

Duties of the children

From an early age on it is important for the organisation to prepare the children for an independent and responsible life. Therefore, most of the children have assigned jobs, such as helping with laying the tables, serving food or sweeping the floor of the common and dining rooms. At the children homes it’s also absolutely self-evident that the older ones help the younger ones with everyday tasks such as tying shoes or a tie.

A lot of the children are still in need of a sponsor. An individual sponsorship is possible for as little as 30€ per month.

Alternatively, you can support us by making a single donation to cover for all the arising needs and the continuously increasing cost of living.